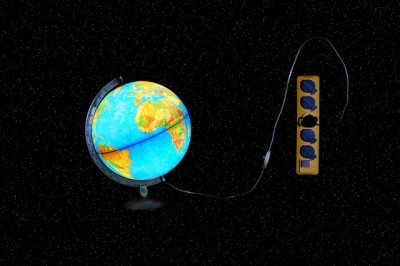 What would the quality of your family relationships be

if you could only communicate via print? No face time, no voice connection – nothing but written word, or perhaps the occasional photo? The truth is, the closer our relationships, the greater the need for close, interpersonal communication.

I’m using this extreme example as a framework to explain why we’re seeing such a monumental rise in the use and effectiveness of video. As our big world grows increasingly smaller and more intimate, the need to communicate in a more authentic way also grows. The rise of social media was the rocket fuel that propelled the change towards closer connectivity.

Ten years ago this month, a small social media platform called Twitter officially launched. As users around the world gobbled up twitter handles and began broadcasting their voice to the universe, a remarkable thing was happening. Degrees of separation were disappearing. No longer did you have to think through a long list of ways to connect to Kevin Bacon – now you could just send your message directly to @KevinBacon, and the actors phone would notify him! (Ok, so I’m sure Mr. Bacon has better things to do than monitor every tweet that comes flying in!)

The point is still the same. Our connection to a much larger world has gotten smaller, and as we discussed earlier, the closer those connections get, the more critical the need for authentic communication. It’s no longer adequate for your business to address a generic, faceless consumer.  Part of the problem is that those ‘consumers’ are now living in a world that feels close and personal. Even if it’s not, it sure feels like it to them. Our Facebook feeds are filled with video content, much of which is paid advertising by brands attempting to connect with an authentic voice.

The Rise of Video

I’m not saying this is the only reason for the rise in video consumption. As humans, we are story driven and visually stimulated, with attention spans that now rival ants. Its no wonder video seems to be the only thing that works!

The good news is that you don’t need big budgets or celebrities to begin using video effectively.

Just keep these three things in mind when producing content:

Remember that our world is much smaller. Any client or consumer is only a tweet or Facebook post away. Use that to your advantage and your brand will see the rewards!